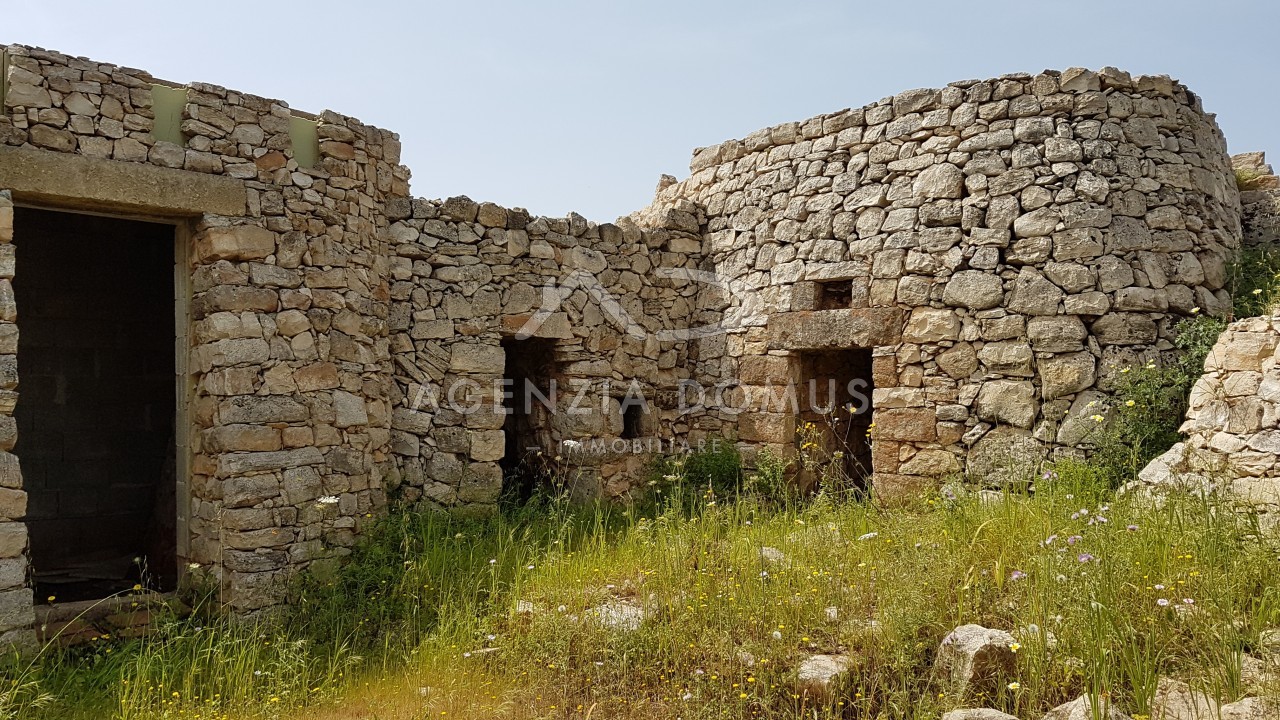 39.96337233696405 18.03768396377564
Among the campaigns of Torre Suda, marina of the City of Racale, we sell typical trullo or "caseddhu" of Salento old building, surrounded by greenery.
The trullo was built on an agricultural land of approx. 7.582 sm in total, and a surface of 127 sm.
On the Land there are many olive trees and prickly pear trees and it lies about 1 km from the sea.
To evaluate the conservation and renovation of the trullo and sanitation through the construction of a bathroom, thus making the construction habitable.


Torre Suda is the coastal part of Racale (far 5 km from it) situated in the province of Lecce (50 km far from Torre Suda). Located on the south-west of Salento, its name derives from its tower built in the XVI century, high 13.5 meters. The coast in the nearby is a rocky one (low cliff) and the urban center has developed around the tower, where during summer lots of people gather. Many events take place in the hottest months of the year : concerts, fairs, local parties, sport and dance events, food meeting and night parties. The sandy beaches of Ugento are far 14 km from it (Lido Sabbioso, Lido Cocoloco) whereas the Gallipoli ones (Punta della Suina, Lido Pizzo) are far only 6km.