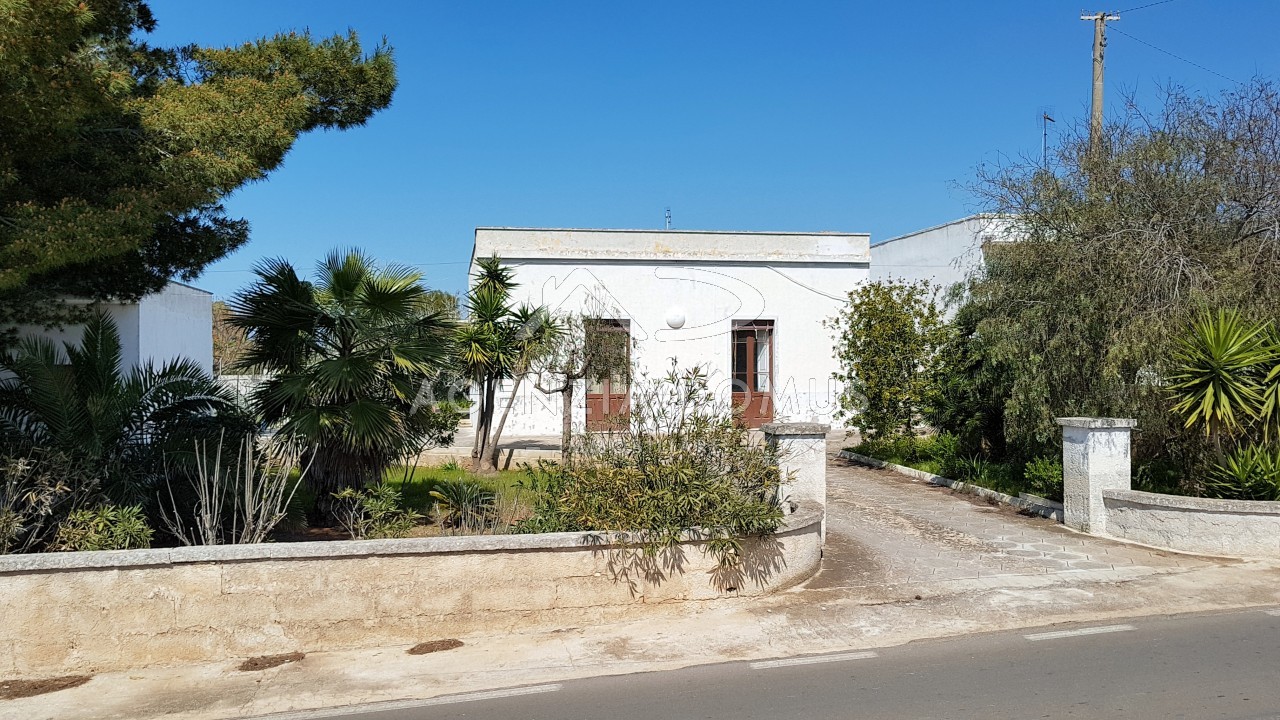 39.951620414066795 18.04015696048737
In the beautiful Marina di Torre Suda it sells pretty villa on the ground floor with a large surrounding garden.
The building is only mt. 650 from the ancient Tower and the sea, where there is one of the largest coastal gardens in Europe. The house consists of four bedrooms, two bathrooms, living room, kitchenette and a large open area of relevance with external stairs to access the flat roofs, from which it is possible to admire the sea. The structure is equipped with a cistern for the use of water and a well, but today there is the possibility of connecting the house to the public aqueduct network and also to the sewer system. The house needs renovation work.

Torre Suda is the coastal part of Racale (far 5 km from it) situated in the province of Lecce (50 km far from Torre Suda). Located on the south-west of Salento, its name derives from its tower built in the XVI century, high 13.5 meters. The coast in the nearby is a rocky one (low cliff) and the urban center has developed around the tower, where during summer lots of people gather. Many events take place in the hottest months of the year : concerts, fairs, local parties, sport and dance events, food meeting and night parties. The sandy beaches of Ugento are far 14 km from it (Lido Sabbioso, Lido Cocoloco) whereas the Gallipoli ones (Punta della Suina, Lido Pizzo) are far only 6km.